Washington Park is a shapeshifter, transforming itself every few decades to suit the new needs or new pursuits of leisure of the community. I like to imagine a time-lapse lapse animation of the history of the Park from the time the tract of land was purchased by the City of Milwaukee in 1891 to today:

Frederick Law Olmsted, famed landscape architect and designer of Central Park surveys the land and lays out a plan.  Lagoons are dug and later filled in.  Trees are planted, grow, grow, grow & are unceremoniously chopped. A horse racetrack appears and then melts back into the grass. Painted signs reading “West Park” are torn down to make way for ones that say “Washington Park” during a period of patriotic fervor. Cages, pens, fences pop up like dandelions:  a zebra, a lion, a gorilla roar into view and then crumble away. A bandshell is built, begins to decay and is later restored. The west edge of the park is sliced off and replaced with a stretching highway.

Today, now, in a canoe on the lagoon, I slide under a stone bride surrounded by the vestiges of seasons of fisherman: fishing line hangs down from branches like an unspun spiderweb and red bobbers become ersatz ornaments.  Tree swallows swoop and red-winged blackbirds bend lightly on marsh reeds. Closer to the tiny islands in the middle of the lagoon, the sound of birds reaches an almost tropical level. Green herons pick their way from branch to branch and kingfishers dive while seagulls hover far above hoping to get in on the action. 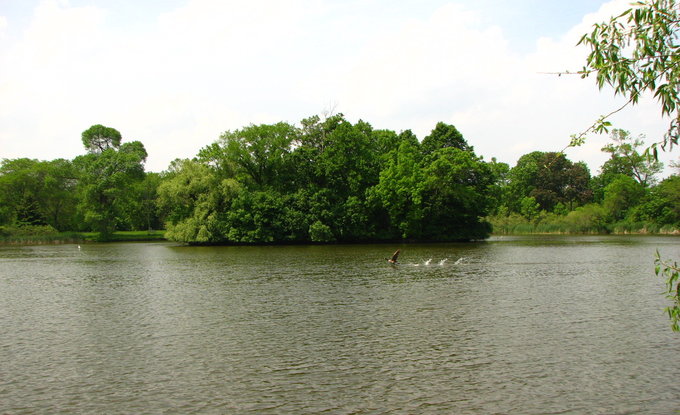 Canada Goose in the Washington Park Lagoon with island in background

In the middle of the lagoon, I can see the a good chunk of the 132 acre park and try to place where the artifacts of its past were. The Zoo, is gone, of course, moved in 1961 to its current home on Bluemound as the Milwaukee County Zoo.  In fact, even some of the land beneath the feet of the animals is gone. Highway 41 abruptly cut off a chunk of the west side of the park.  At the cutoff line, the trees press into the fence as if reaching through, peering down, staring down onto the highway and the cars. There is no more horse racing, although occasionally there are teams of bicycle polo-ists.

Its easy to get tangled up in the romance of lost history, to yearn for the “Monkey Island” of the Washington Park Zoo or bemoan the loss of the four-level heated waterfall in Olmsted’s original design, but there’s something to be said for a park that evolves with the needs of the population. 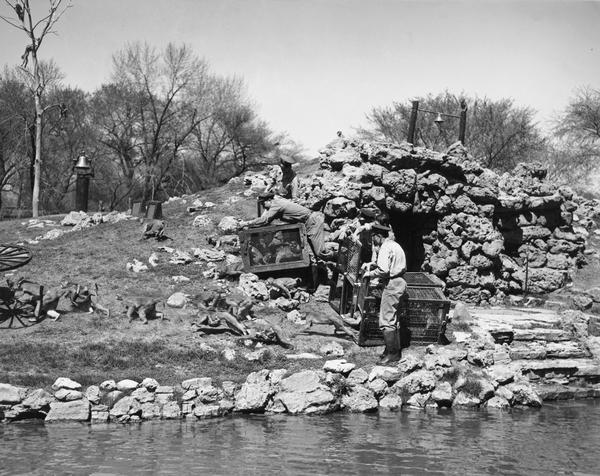 When the Park opened, the neighborhood surrounding it was a stronghold of middle-class German immigrants, as evinced by the still-standing statuesque statues of Goethe, Schiller and the one I always think is Washington, but was actually a German-born citizen who fought with Washington. 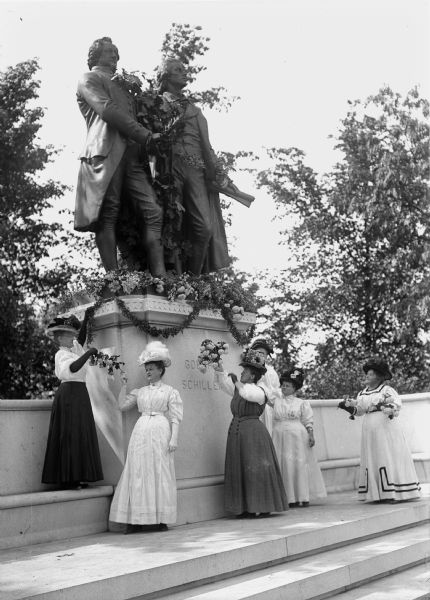 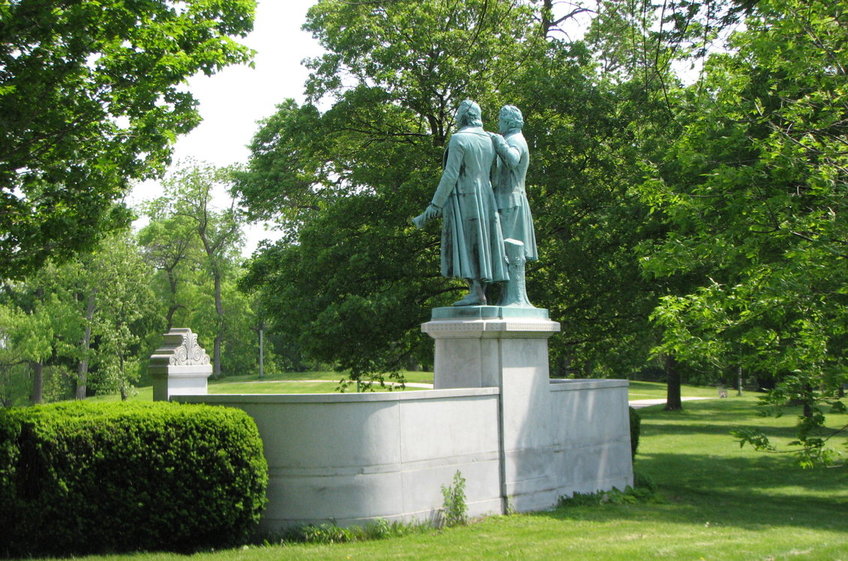 Post-World War II, more African-American families moved into the area, many of whom found employment in Milwaukee’s industrial sector. As longstanding factories moved or closed starting in the 1980s, many neighborhoods, including Washington Park, felt the loss. In 2000, 48% of neighborhood families were living below the federal poverty line.

Through these changes, the Park remains an asset that the neighbors have utilized to benefit their community.

What was once the Boathouse now houses the Urban Ecology Center which is engaging neighborhood kids in nature and science while providing a safe area to explore the outdoors. On days I’ve been there, boating or snowshoeing or fishing there are always a million kids. Kids who want to know if you’ve caught anything, kids who want to know where you are going in that canoe and can they get in? In the Winter, the Urban Ecology Center holds hold a festival where kids (and I) get to pet sled dogs and learn how to ice fishing and wave around flaming pink strawberry marshmallows on sticks. 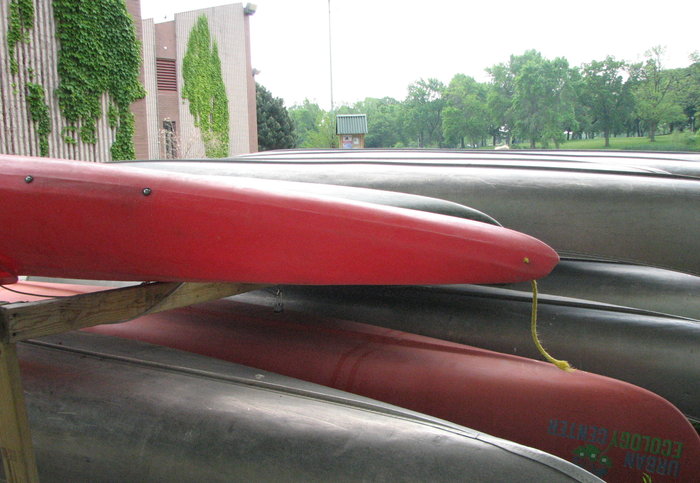 Canoes at the Urban Ecology Center

On the south end, there is Senior Center which houses weekly summer farmers’ markets, much appreciated as the nearby neighborhoods are sorely lacking in walkable access to produce.

Old structures take are reinvigorated. There’s that bandshell named for its brewery baron benefactor: the Emil Blatz Temple of Music, dedicated in 1938, but newishly renovated and ready for its second act. 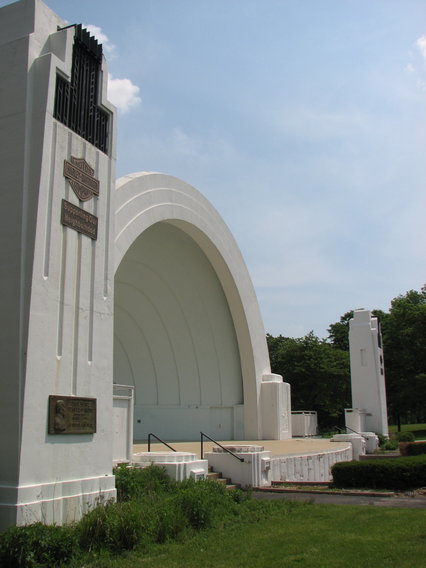