Despite the snow, which has become a way of life, it’s officially Spring on Wednesday! In addition to the bird migration, budding trees and the introduction of colors other than “gray,” it’s sinkhole season in Wisconsin, as this helpful article points out (but don’t worry, we don’t get the man-eating kind here).

So, in celebration of transformation and sudden disappearances, let’s take a look at a couple of early west-side Milwaukee parks which have been lost to time. These private parks existed in the relatively brief period when the west side of town was beginning to be populated, but prior to the establishment of the Parks Commission at the turn of the century which created a vision for a unified public parks system.

During the 1850s and 60s, wealthy citizens were pushing out of the more crowded east side, building mansions and country homes in the west side of Milwaukee. While the homes were on lots large enough for personal gardens and green space, there was still demand for communal outdoor leisure spots, places that would foster gemutlichkeit. Gemutlichkeit being one of those  delicious German words with a long and loose translation, roughly meaning: “that sense of comfort and coziness brought about when surrounded by friends, loved ones, a comfortable environment, good food and good drink.”

The solution to the lack of gemutlichkeit on the expanding west side? “Into this void stepped the German immigrant.”1 In other words – the arrival of the beer garden.

Miller’s Garden
During this period, all the major breweries boasted their own parks, featuring what appears to be an arms race of entertainment – Schlitz Park had tightrope walkers, Pabst Park had a roller coaster and Wild West shows. In contrast, Miller’s Garden was a bit more pastoral and homey.

Built in 1855 on the bluffs of the present-day MillerCoors grounds and operated by Frederick Miller, the garden featured a three-story observatory tower, swings, a bowling alley and exhibit of clocks. Miller’s wife Lisette offered homemade bread, cheese and ham, and beer was an unbeatable 5¢ for the afternoon.

In what must have been a spectacular holiday, Miller’s Garden burnt down on the Fourth of July in 1891. There were attempts to rebuild, but it didn’t pan out, and the area is now home to a stock house. 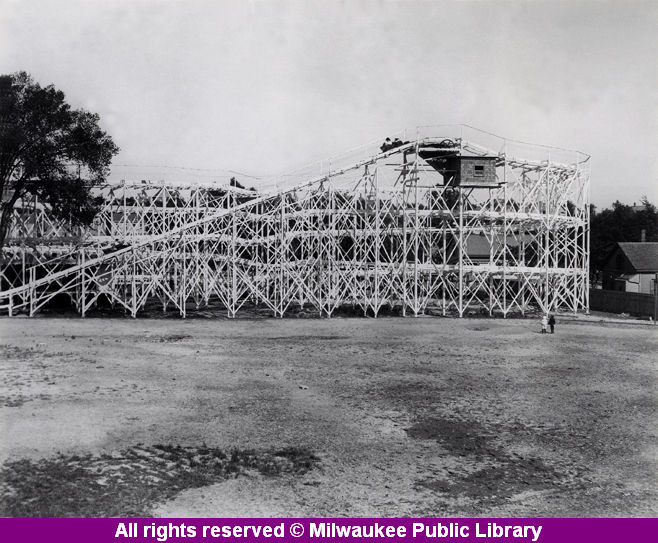 Milwaukee Garden
Milwaukee Garden was built in 1854, over three acres in what is now the area bounded by State St, Highland Boulevard, 14th St. and 15th St.

Visitors to the park would have found a beer garden with concert hall, a dance hall, a bowling alley, a theater and a small zoo. In addition to leisure activities, in the mid 1880s, the park was also the site of union rallies in support of eight-hour work day.

As Milwaukee grew and expanded, the demand for housing grew and the park was developed into housing lots after 1899. 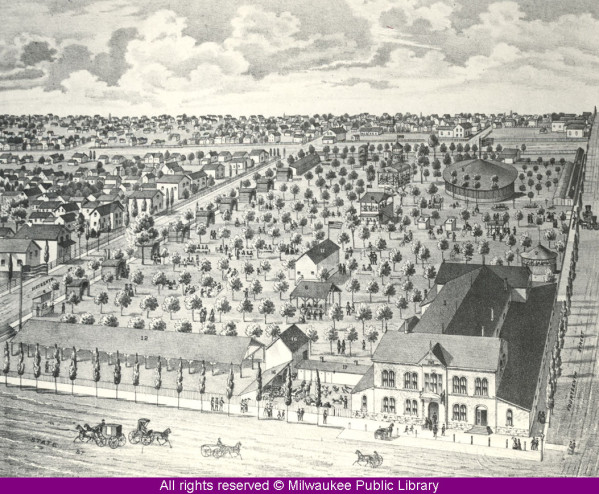 Along with the beer garden-centric parks, there were also a couple of spots that hosted some of the first Wisconsin State Fairs.

Initially, the park was used for horse racing and the increasingly popular driving clubs, along with traveling events like circuses and a William Cody Wild West Show. In 1852, the second Wisconsin State Fair was held there and continued to be held there on a rotating basis until 1891.

During the Civil War, the Park became the site of Camp Washburn, a military reception center and trading post. However, after complaints that the site was prone to muddiness, the camp was relocated closer to the lake. By 1866, it was again a park.

After 1891, the park was developed into housing lots, but the area still retains the name of “Cold Spring Park Neighborhood.”

Similarly, the Wisconsin Avenue Fair Grounds (between 10th St, 13th St, W. Wisconsin Ave & Highland Boulevard) followed a similar trajectory as the Cold Spring Park. It was both a site for the Wisconsin State Fair, and took it’s turn as a military training base during the Civil War, when it was called Camp Scott.

The Wisconsin Avenue Fair Grounds’ largest claim to fame is that it hosted a speech by Abraham Lincoln during the 1859 State Fair and “today, a marker on 13th St, between Wells St and Kilbourn avenue approximates where Lincoln stood during this speech.” 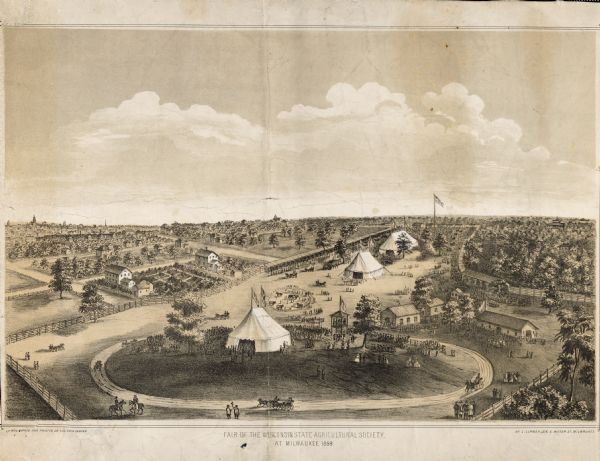