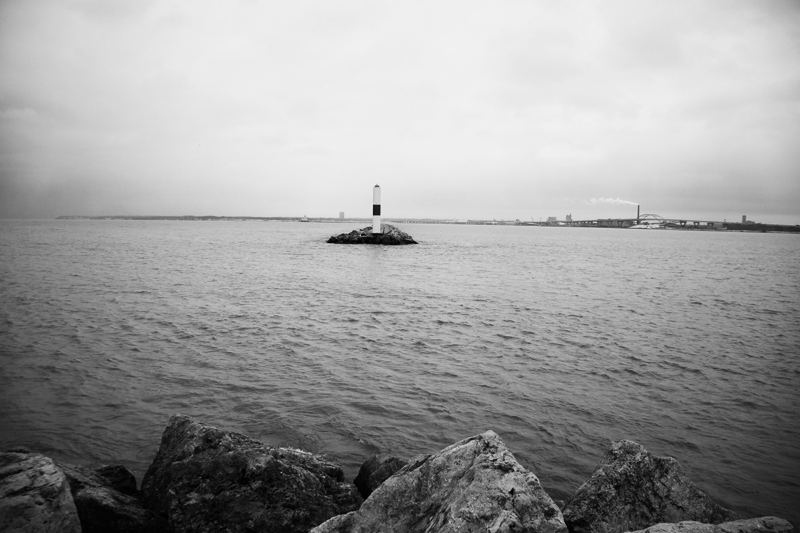 January is hard. Adjust your expectations. Turn up your thermostat. Add another layer. Don’t count the days until spring; it’s too far, it will only break your heart to think about.

If you tire of indoor pursuits, McKinley Park provides a perfect spot to watch winter tightening it’s grip on us.

The pier is past the yacht club, the snack shack, the signs advertising summertime sport fishing expeditions, and forms a half-mile seam stretching out into Lake Michigan. 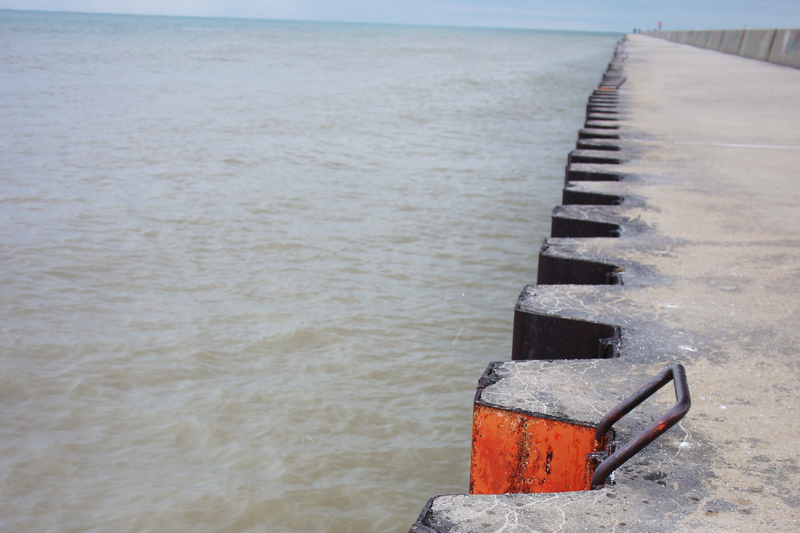 The pier is not iced over yet and the Lake, under a certain shifting of clouds, looks green-blue and almost tropical. Bufflehead and coots and mallards bob along in the calm water between shore and breakwall.

The cement barriers on the pier are scrawled with tags, messages, promises, appeals. Layers of spraypaint covered in whitewash chip away making pastel patterned walls.

I look over the edge of the railing and think of summer, when solitary fishermen stand on the edge of the pier with rods and reels and beers and cigarettes and small radios, and the cement around them becomes slick with spray and fish blood.

Later in the season, during the September spawn, I’ve watched shedding salmon in a few feet of water, exhausted, dying, being pushed to and fro by gentle waves. 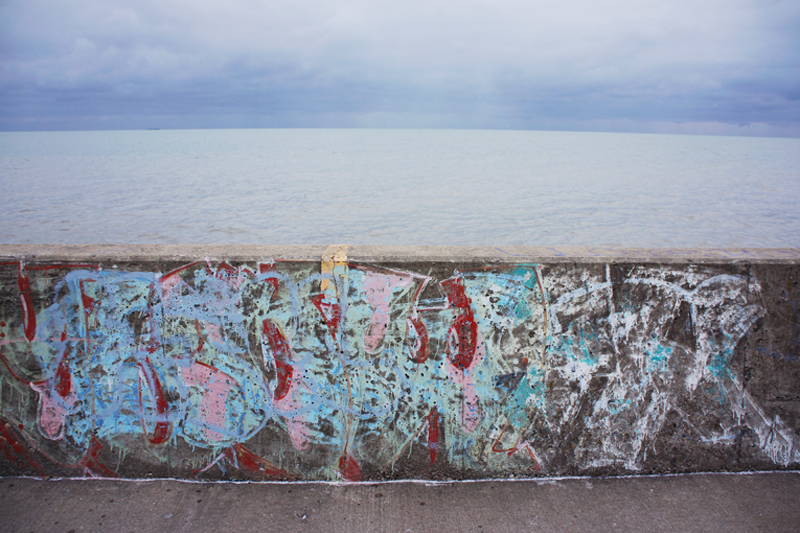 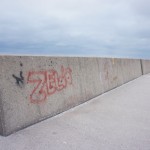 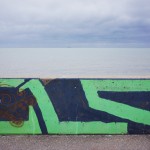 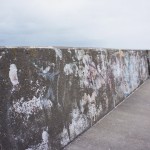 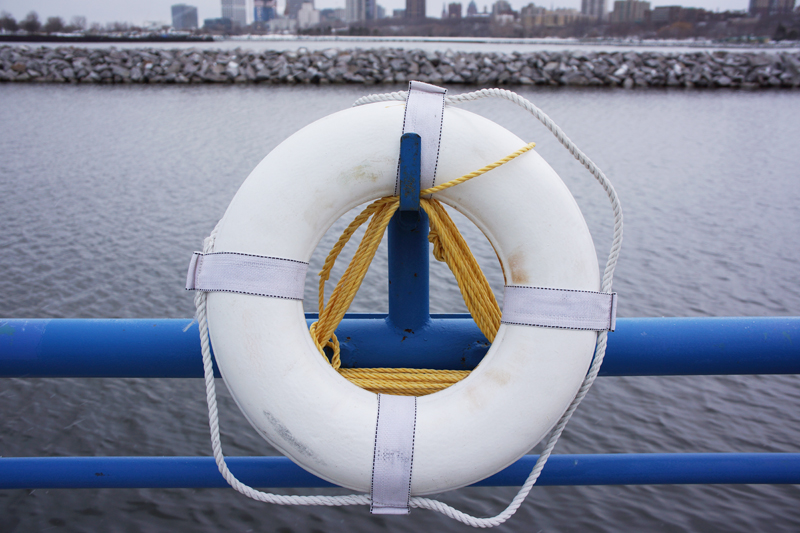 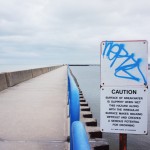 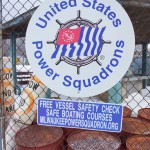 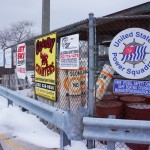 A sign just past the warped chain link fence at the entrance of the pier warns in the sternest terms to avoid drowning.

There has a been a cold snap, a deep freeze. The rocks around the pier are glazed, softening sharp edges and muting colors. Icicles form fangs on the top rungs of the pier rescue ladders. The walkway glints like an ice rink and looks like it could crack all your bones.

I usually fall down on the iced-over pier several times annually and have begun to master my technique.

Stay away from the side of the pier without a railing, which has become a frozen waterfall of ice dropping into the lake. 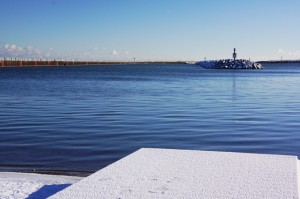 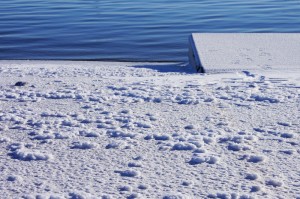 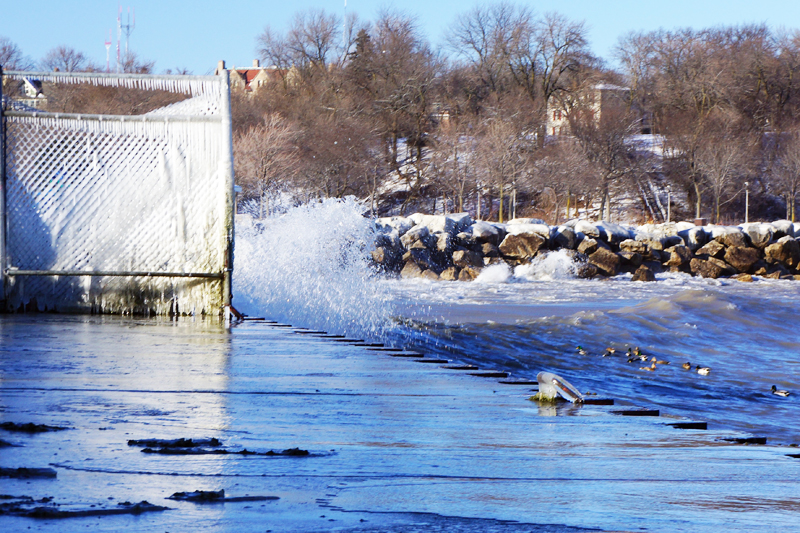 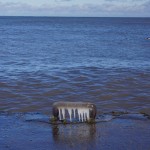 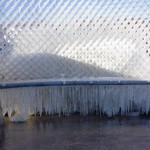 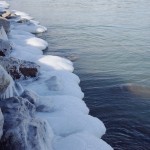 Ice now covers the walkway and the cement barriers.  The chain link fence is no longer a fence, but the impression of a fence, covered in snow and ice.

There have been meltings and refreezings and on the pier footprints are frozen in a mixture of ice and sand and algae.

The water between shore and the pier is frozen over. Waves on other side heave slowly and viscously. In the distance, a horizon of ice begins to grow. 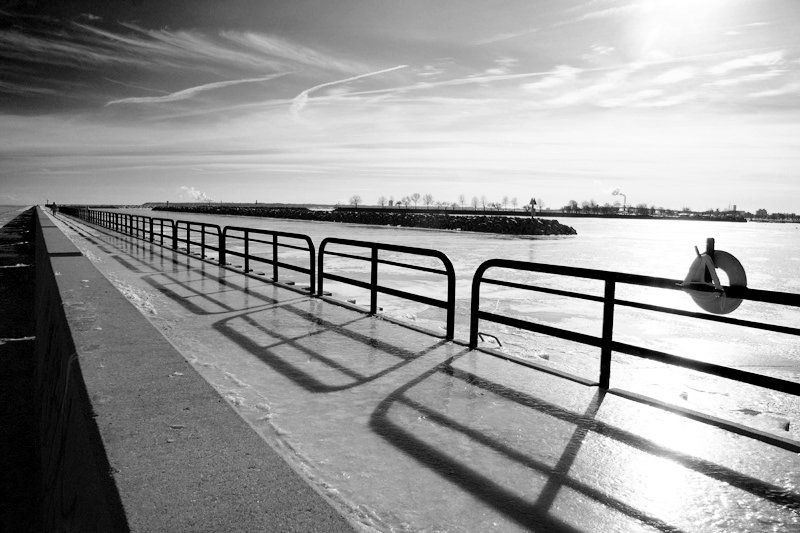 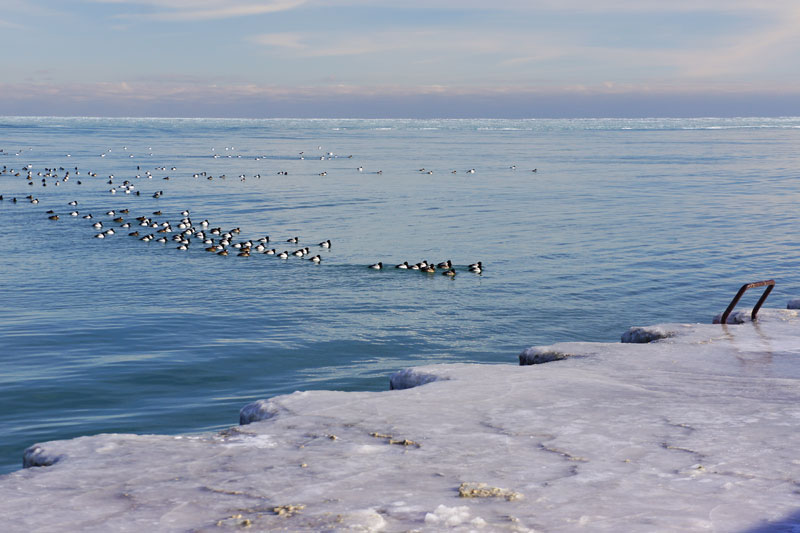 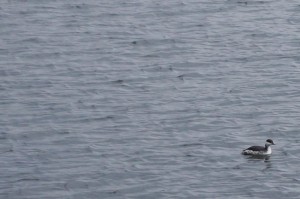 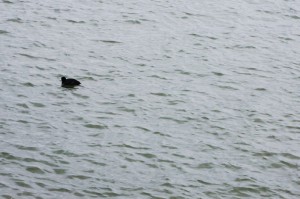 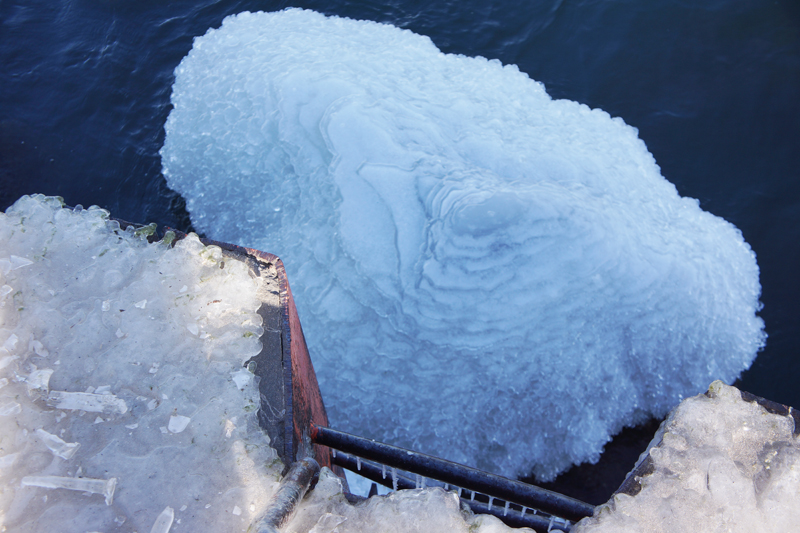 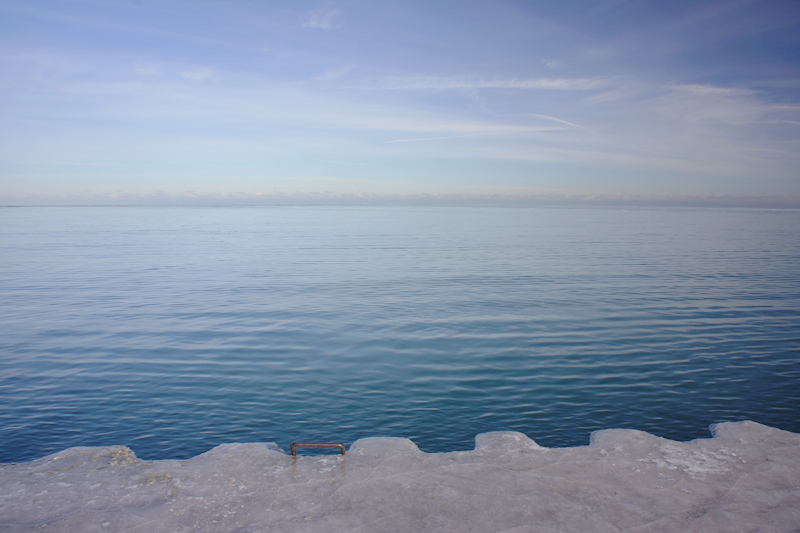