Standing atop one of Three Bridges’ rolling hills, I can look in any direction and see Milwaukee’s landmarks. To the west, the hunched back of Miller Stadium and behind it the Old Soldier’s Home, rising out of the treeline like a phantasm from another era.

Eastward is the boxy white new Potawatomi Hotel, and past it the downtown skyline. The transparent and geodesic Domes are adjacent to the park on the south end. In the evening, their blinking multicolored lights beckon more brightly than the casino’s.

Just north, Menomonee Valley’s factories make pipes or gears, pizza or wind turbines. One day the park smells acrid and industrial, another it smells like bread. Most days it just smells like the hot dusty grass all around me.

Three years ago, Three Bridges was just barely a park and its hills were humps of dirt covered in seed, covered in flocks of sparrows who gorged themselves in delight. Now they are covered in milkweed, purple coneflower and Queen’s Anne’s lace, in glinting grasses, crawling ants and hovering honeybees. 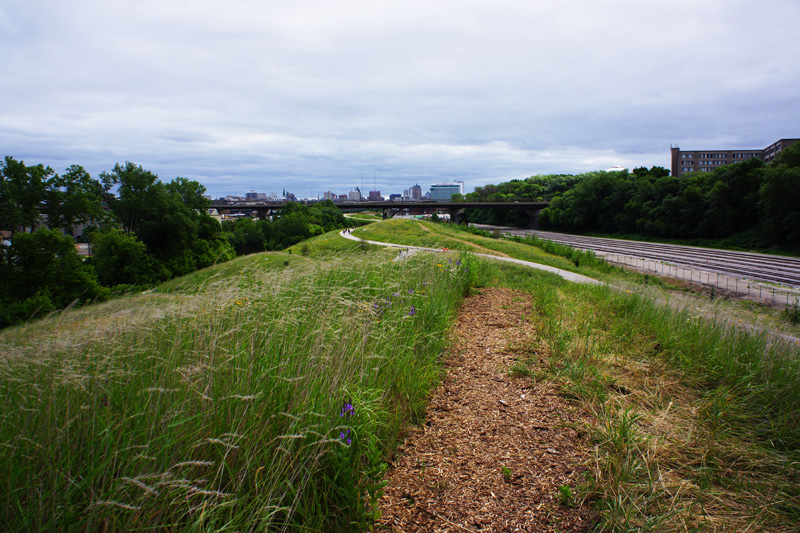 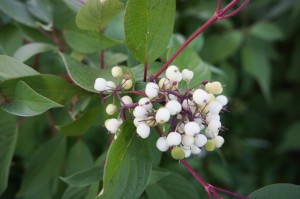 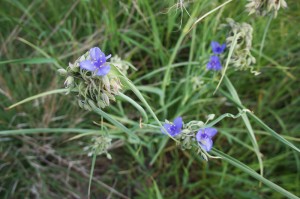 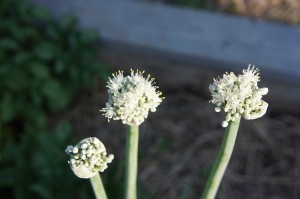 On the west side of the park are dozens of raised garden beds, built and managed by the nearby Urban Ecology Center. In June and early July, they are filled with peppers, squash, kale, lettuce and chard. There are lattices of sweet peas with curling vines and expanding squash plants threatening to take over entire boxes. I lean closer to look at at a purple pepper and a small flock of birds rises at at my movement.

At Three Bridges, something is always startled by your presence. Animals are always rustling in the underbrush. Rabbits scurry then freeze in plain site. Killdeer (who frankly always look and sound startled) scamper away. Red winged blackbirds dive-bomb as you inadvertently step too close to their nests.

One day as John and I walked towards a bridge overlook, we saw a groundhog tumble down the hill below us in a most alarmed manner and then wedge itself between two rocks and refuse to move. Later, John saw what he swore was a weasel (a most auspicious sign), momentarily sunning itself on the concrete pathway down to the Milwaukee River.

We walked down the curved pathway in attempt confirm the weasel sighting, who had by that time moved on. A polite undulating cloud of gnats escorted us towards the river. Mallards paddled around in the shallow water and swallows swooped to catch bugs. Above, a blue heron flapped slowly. 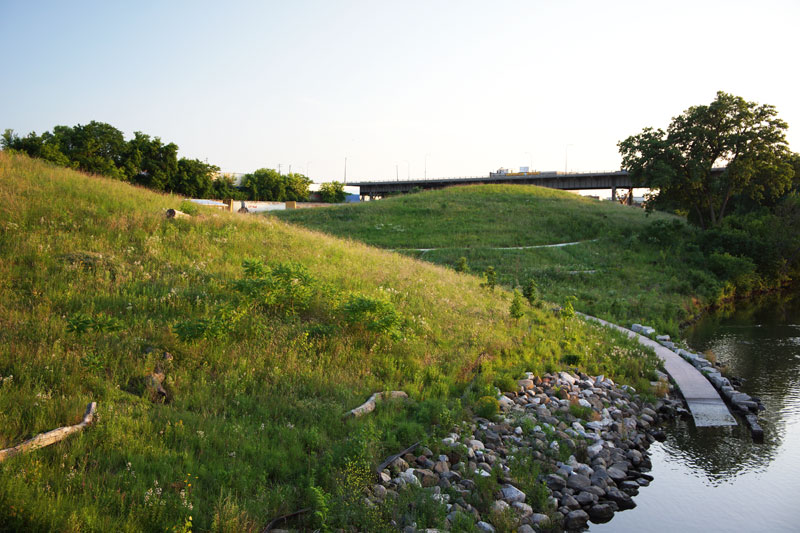 The density and variety of the park’s wildlife sometimes surprised me both because of its proximity to factories, railyards, busy streets and neighborhoods, and also because of how well-trafficked the park is. Its trails and pathways are always full of families with strollers and toddlers, clusters of birders with notebooks and binoculers, Hank Aaron Trail bicycling enthusiasts, and teenagers canoodling on benches.

A bicyclist passes me while ascending a hill. He is riding with two children and has wildflowers in his pockets, but discards them on the bridge as he leaves.

A young man in a motorized wheelchair whizzes by. He is smoking a cigarette and his loud music jams from some out of sight device.

A man riding his bike while holding his dog’s leash wipes out at the bottom of a hill then stands up and puffs on his inhaler. Are you ok? He doesn’t want to talk about it. His dog has the most incredible blue eyes. 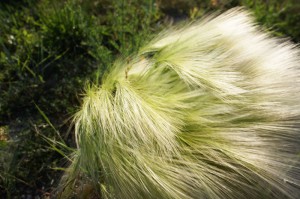 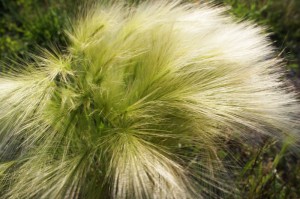 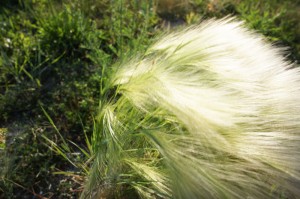 Three Bridges is a park of lines that cross over and under and through the park. A river and railyard below, two viaducts above, and the eponymous three bridges. The lines somehow segment without dividing, instead creating nooks and crannies, hidden spaces, tiny habitats and hideouts.

Under the 27th street viaduct, trucks make artificial thunder as they pass above. I look up at the trestle and see pictures spray painted in impossible places. Propped up against the foot of the viaduct is a tree stump, bleached and smooth and packed with dried mud. It is now home to an entire colony of bumblebees popping in and out of drilled holes. One keeps backing in and out as if he can’t quite fit or isn’t entirely convinced he is home.

The train tracks surrounding the park make barbed wire patterns on city maps, but don’t look so severe in person. Canadian Pacific railcars are covered in graffiti made by dozens of people in dozens of cities. Occassionally, the cars surprise me by grinding and moving forward. 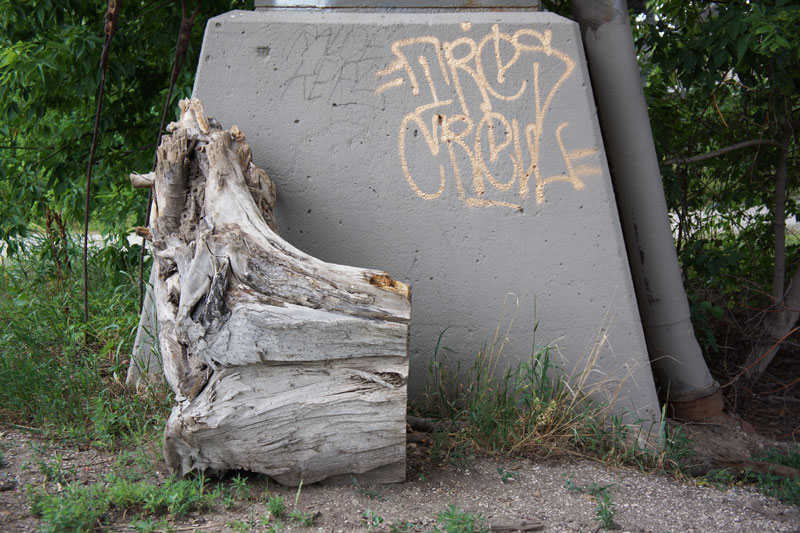 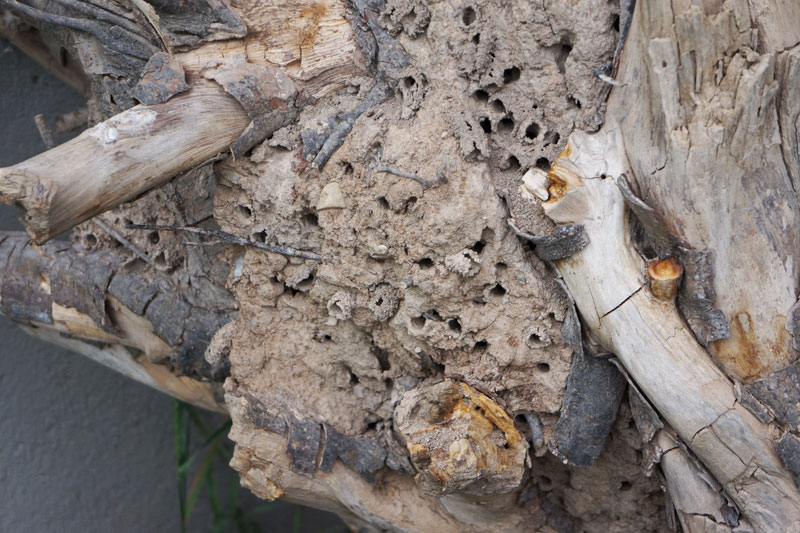 It’s dusk on July 3. There is an overlook that faces in the direction of Lake Michigan and the imminent fireworks. Not as good of a perch as the beach, but far from the crowds. A small group of parents and children gather and a mother hands out plastic glow bracelets to children who jump and twirl.

I remember these neon rings from my own childhood Fourth of July celebrations. Do they exist outside of the first week in July? My friends and I would layer them as bangles and necklaces, running around the city park glowing like lightning bugs with stuck blinkers and waiting impatiently for fireworks to start. It was always so disappointing to see them the next day, just plain plastic tubes, their fire spent.

In the parking lot, a man has propped open his car door to brace a firework shooter. A pop, hiss, then burst of green and purple and blue fill the sky as we drive away. 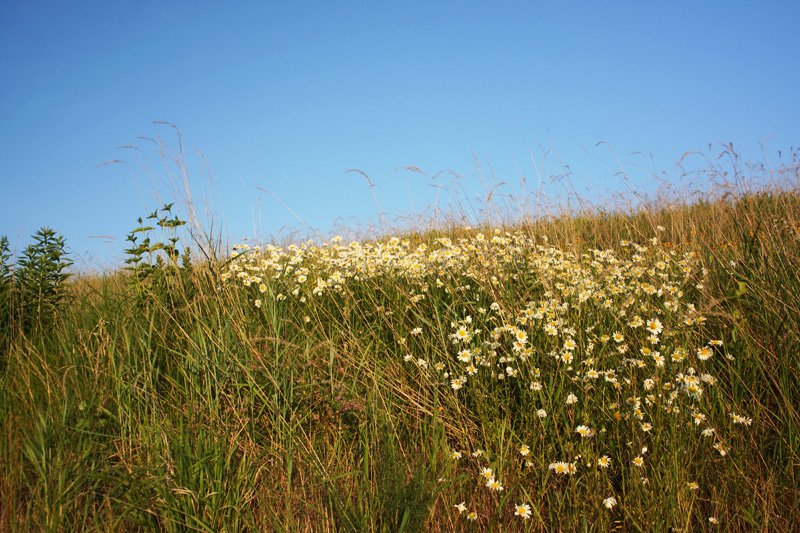 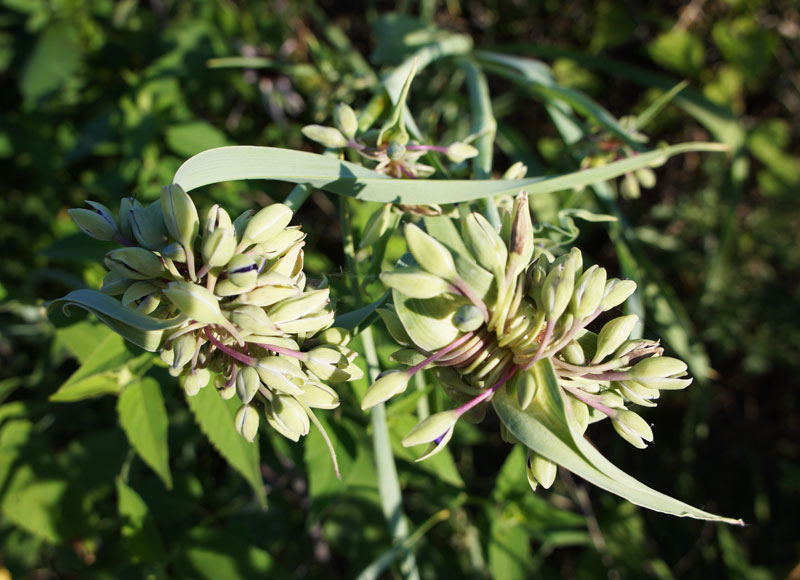 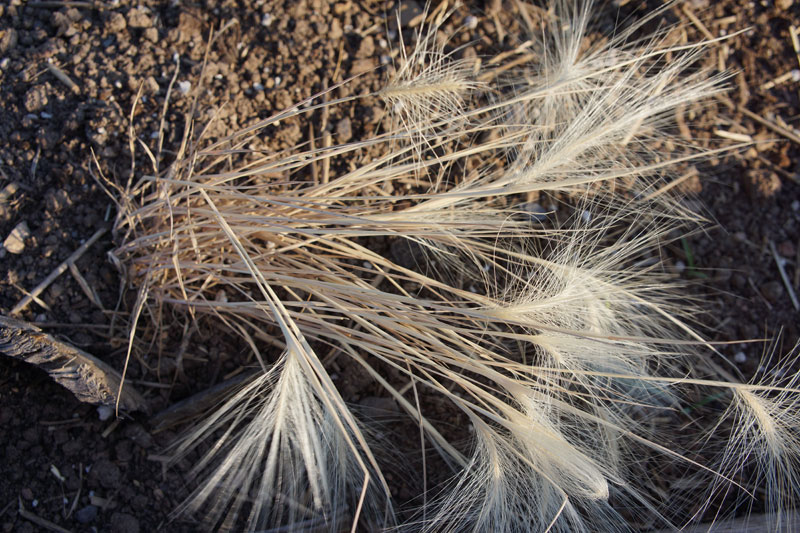 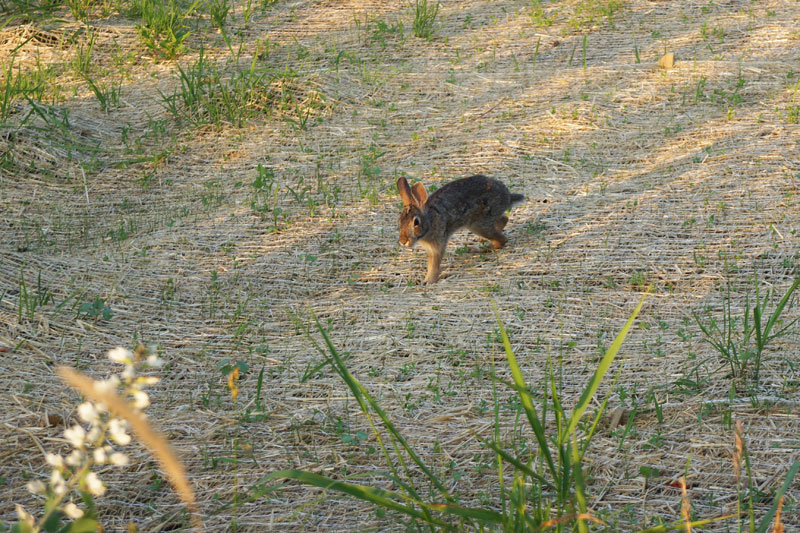 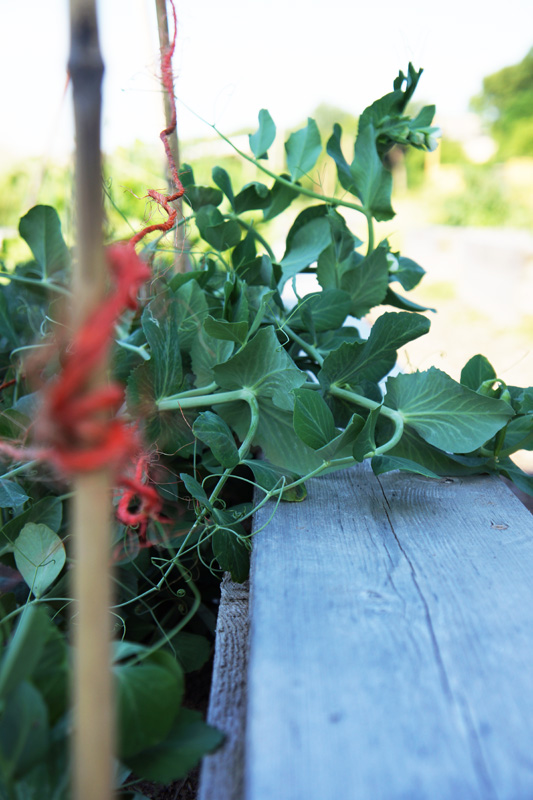 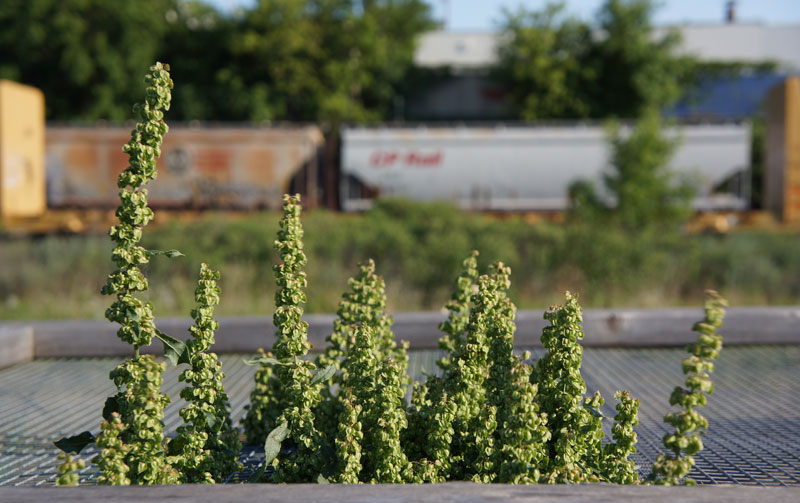 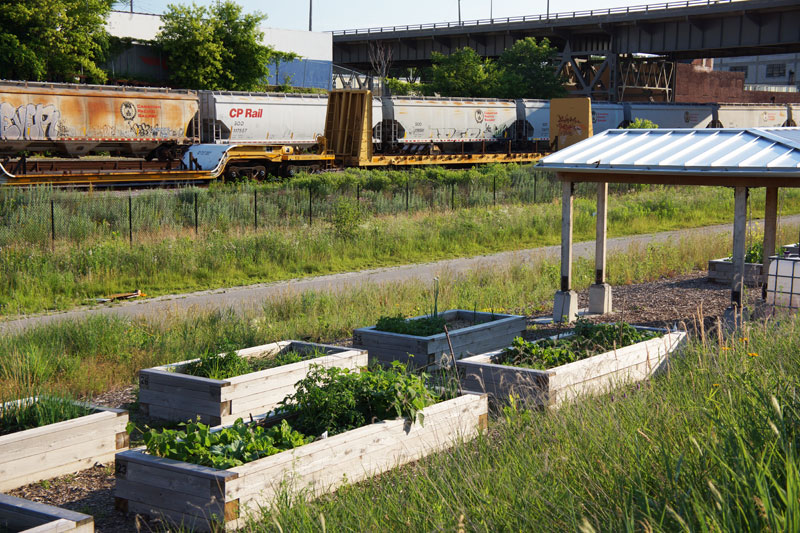 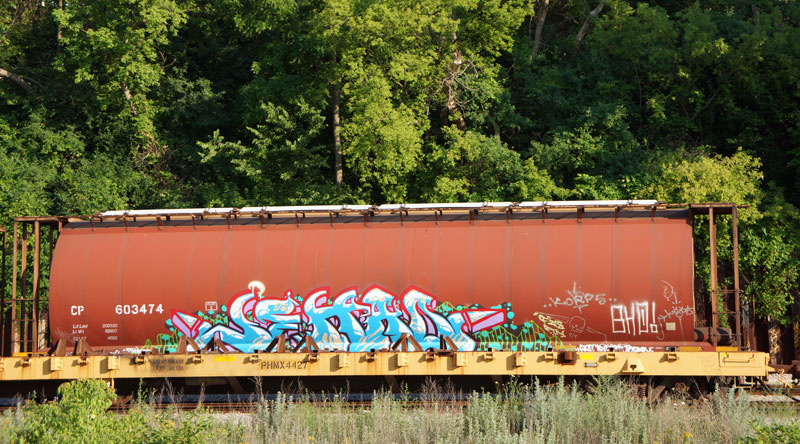 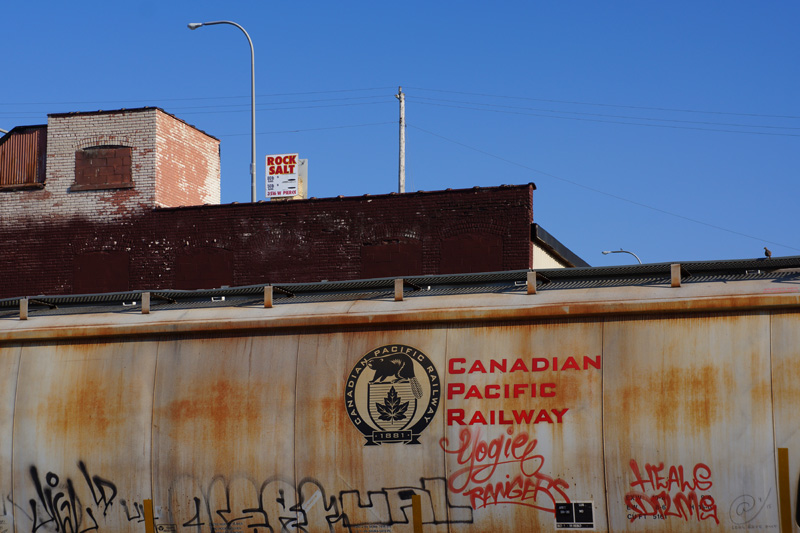 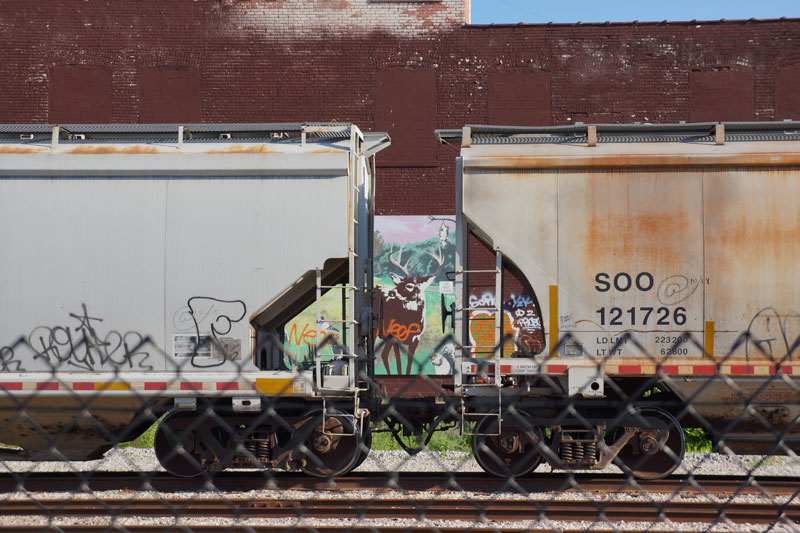 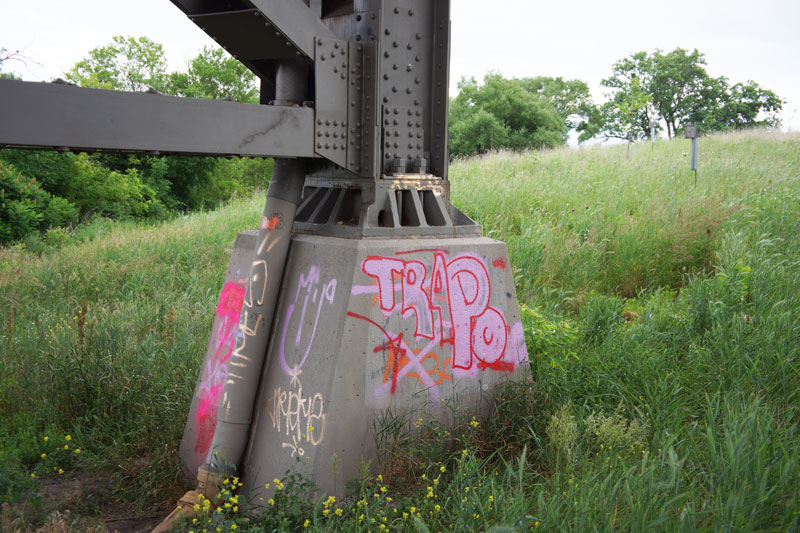 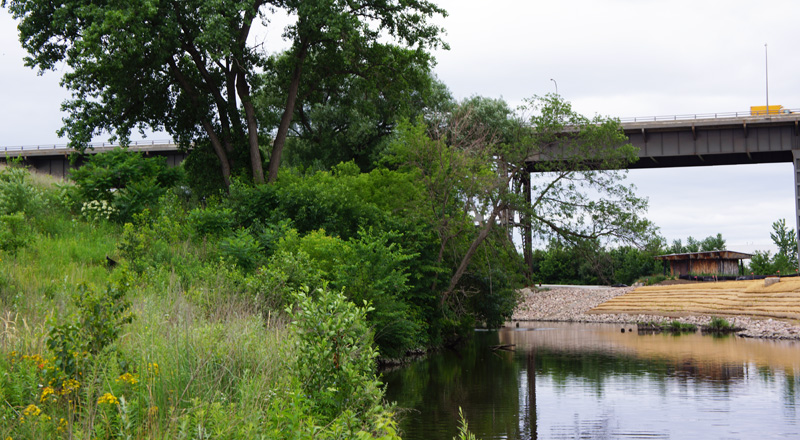 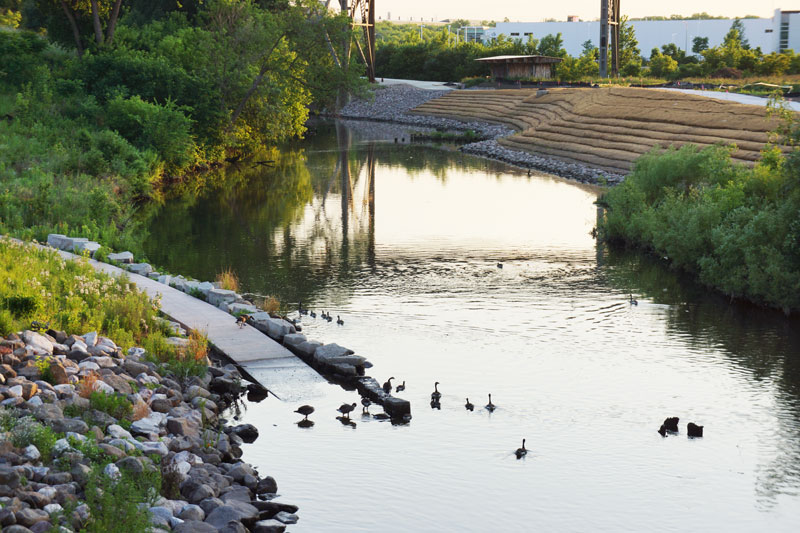 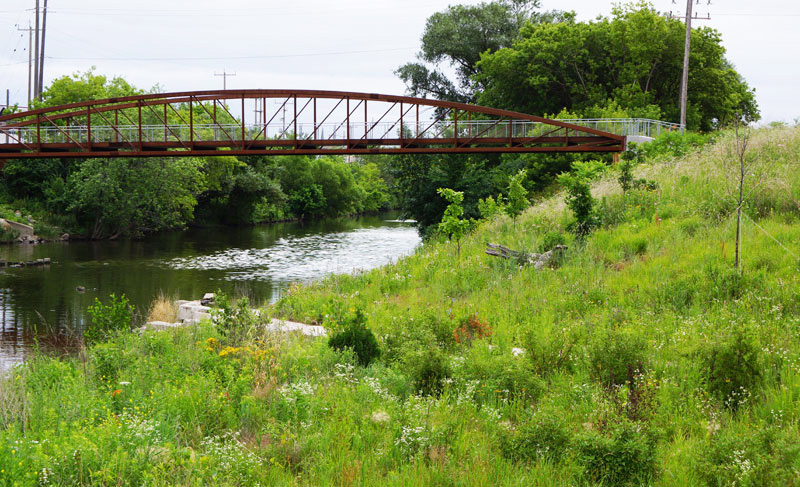 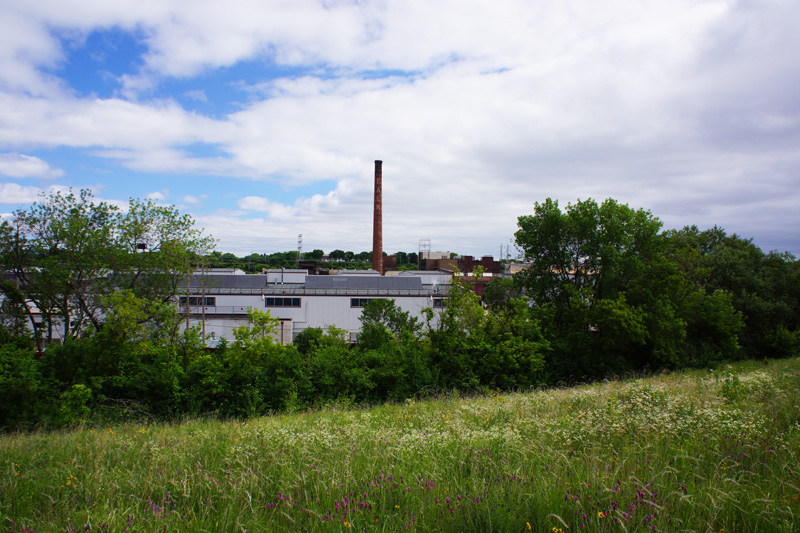 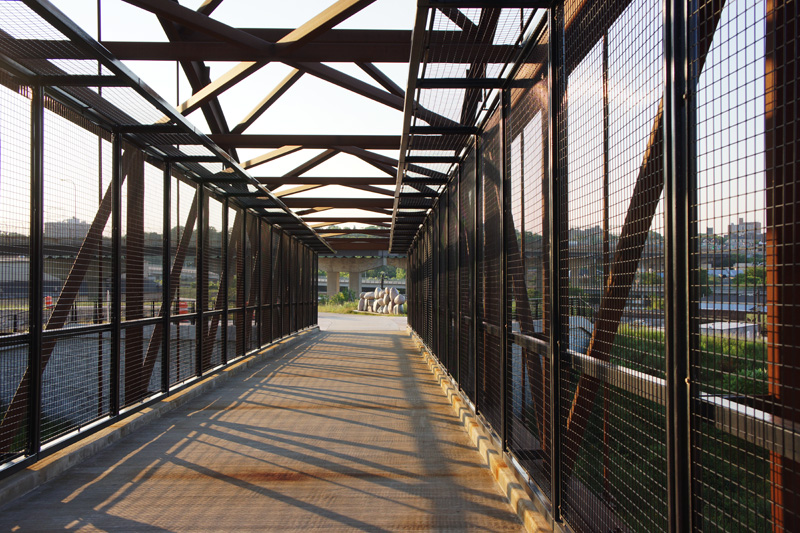 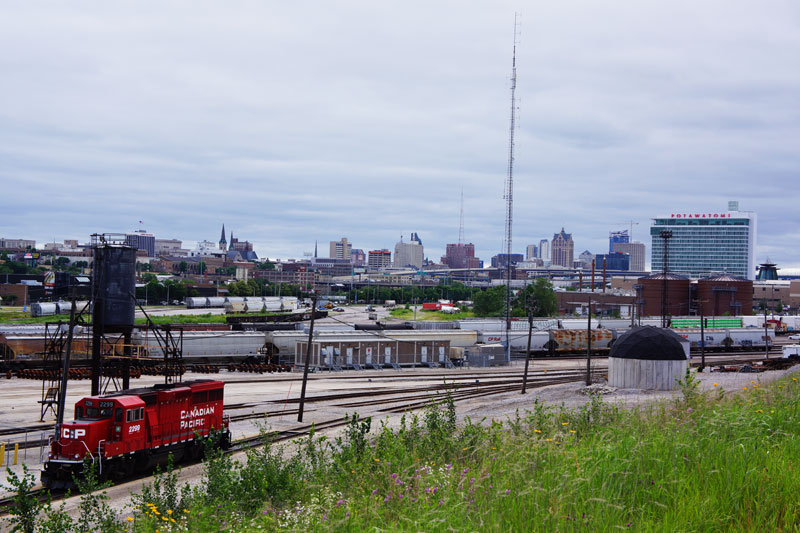 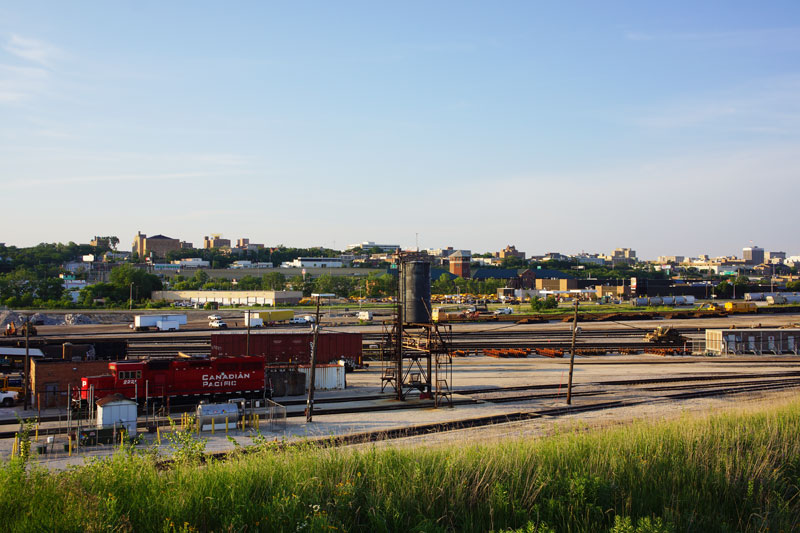 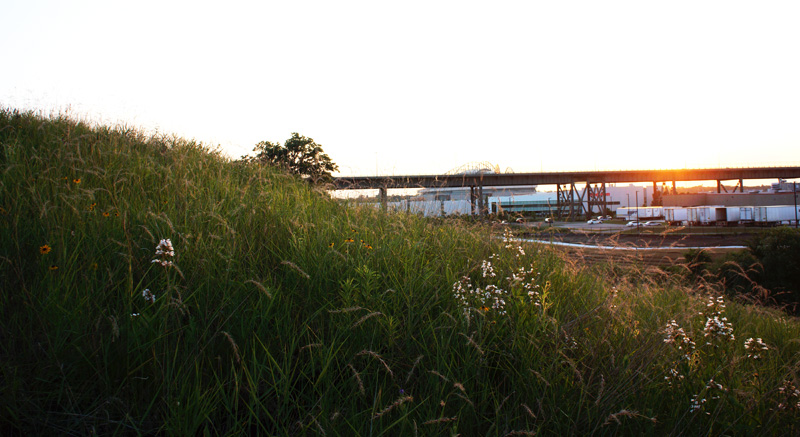