Kaszube Park is less of a park and more of a memory forced onto the landscape. Its very existence seems defiant – impossibly placed, microscopic, edged on two sides with barbed wire-topped chain-linked fencing, but it’s there. It will hold it’s position. It will not be scrubbed out.

The tiny park is located in the depths of Milwaukee’s Jones Island,* originally a pastoral and watery marshland between the river and Lake Michigan. Today, it’s still wedged between Kinnickinnick River and the lake, but is now a heavily industrial strip of land that has been dredged, filled in, leveled and widened. It’s been shaped and reshaped to meet the pragmatic needs of a growing city: pumping stations, garbage incinerators and wastewater treatment plants. 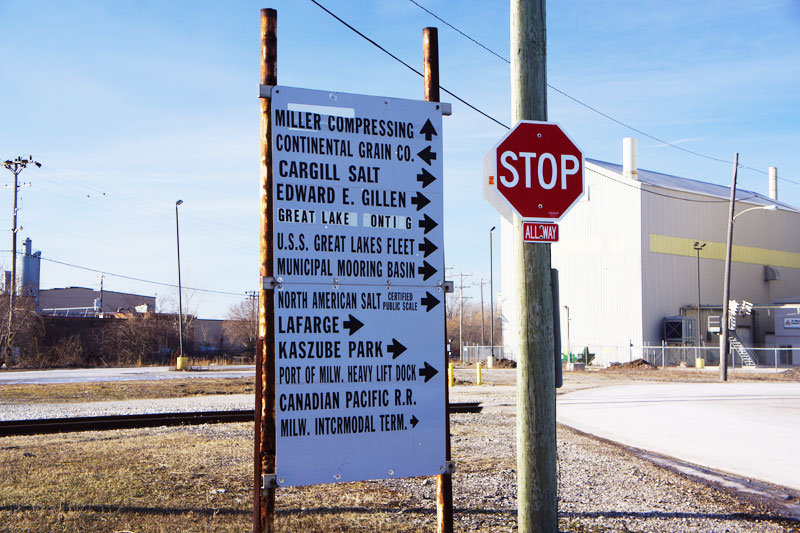 There is a visual tension to the place; the natural beauty of its position on the edge of water is in conflict with the fact there is virtually no nature on Jones Island anymore. My eye keeps wanting to create a landscape out of manmade objects: stacked palettes form coral reefs; bundles of two-by-fours become beach driftwood; plastic bags shred themselves on barbed wire and grow ragged and soft like caught kelp. Blue tinted mountains of industrial salt rise up into an arctic ice shelf. 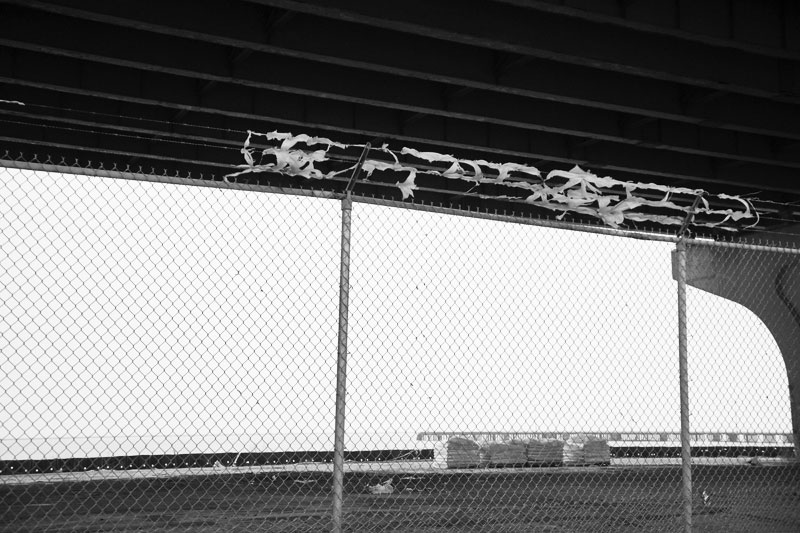 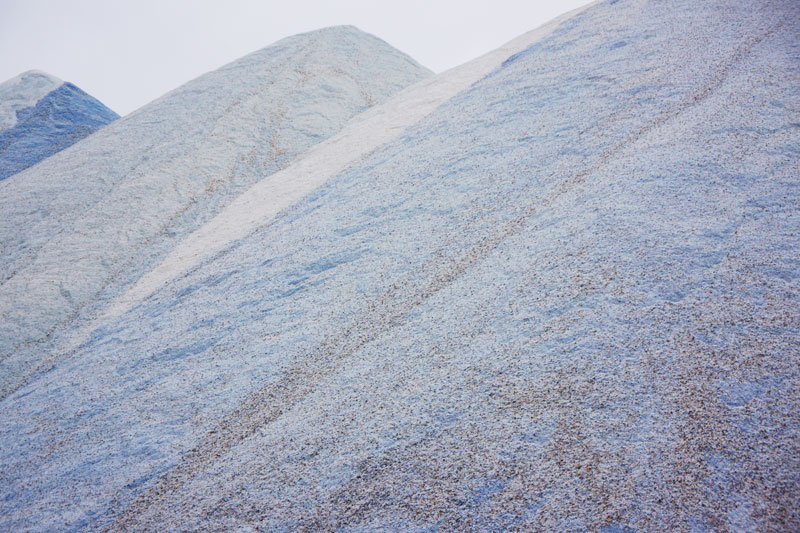 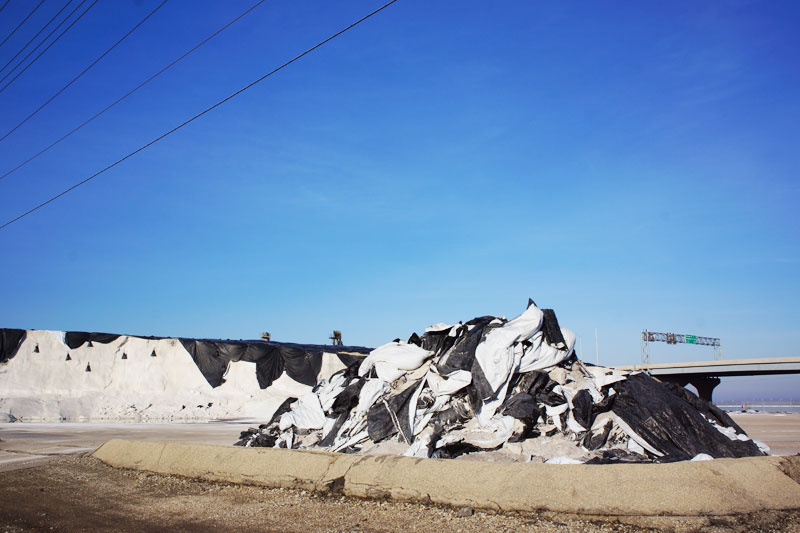 So why is there a park in this improbable place? Kaszube Park is named for the fishing community who lived on Jones Island between the early 1870s until development of the peninsula forced the removal of most residents in the early 1920s.

This marshland had been the site of an early Native American fishing village, but by the early 1870s when a settler named Jacob Muza arrived, the peninsula was mostly uninhabited. Muza was from the Kaszuby region of Poland, where he, and pretty much everyone else, were fishermen. He recruited friends and family members from his homeland to start a new fishing village, and by 1900 over 1,200 men, women and children were living on Jones Island.

An indication of the bounty of 19th century Lake Michigan is found in the description of an 1896 community feast: ” a 140-lb sturgeon, a 20 lb trout… and other fish of all sizes and species.” (1) By 1909, Muza and his compatriots were catching 1.7 million pounds of fish annually. (2) 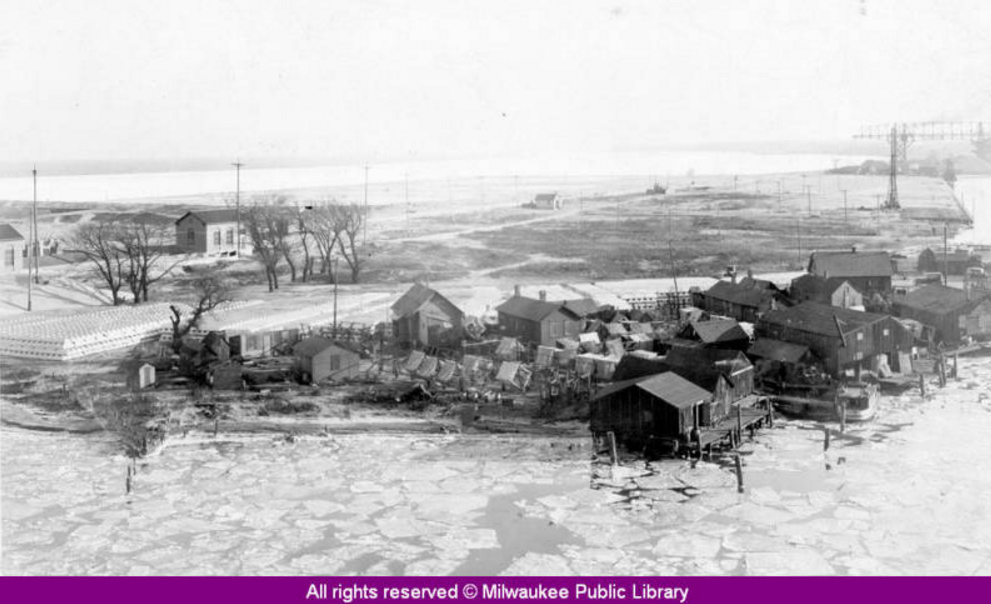 Many Milwaukee newspaper articles of the time depicted the fisherfolk as outsiders; separated from the rest of the city by more than geography. They were alternately described as rough, wild fisherman or quaintly out of sync with modernity.

In an example of the former attitude is a 1891 article describing a fight between two Jones Island residents over a pier:  “The inhabitants of this barren beach are fishermen; not the honest, hearty pious kind that figure in the pages of romance and poesy, but a quarrelsome set, who can swear and drink, and raise hob generally…They are squatters living in dirt-besmeared hovels.” (3) 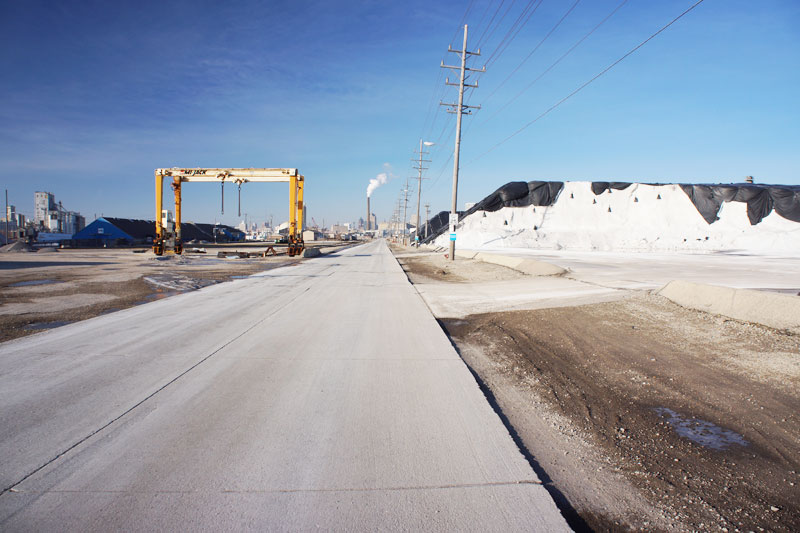 The alternate tack was that these people were a curiosity, living in a place out of time. Around the same time the Jones Island population was multiplying, Americans flooded to the Midway at Chicago’s 1893 World’s Fair, where they could see ethnological villages representing (often stereotypically) cultures like China, Egypt, Turkey, East India, Austria, Germany and others. But that was 90 miles away. Some Milwaukeeans figured they had their own version right down at the lake’s edge. As a reporter remarked in 1895, “Jones Island has been getting famous of late…” and that “the curious go to Jones Island in search of new experiences.” (4)

“The island stands like a remnant of primitive days…you embark on the city side of the river and when you have pulled 200 feet across the water you have traveled 100 years backward and find yourself suddenly in a village of ye olden times.” (5) 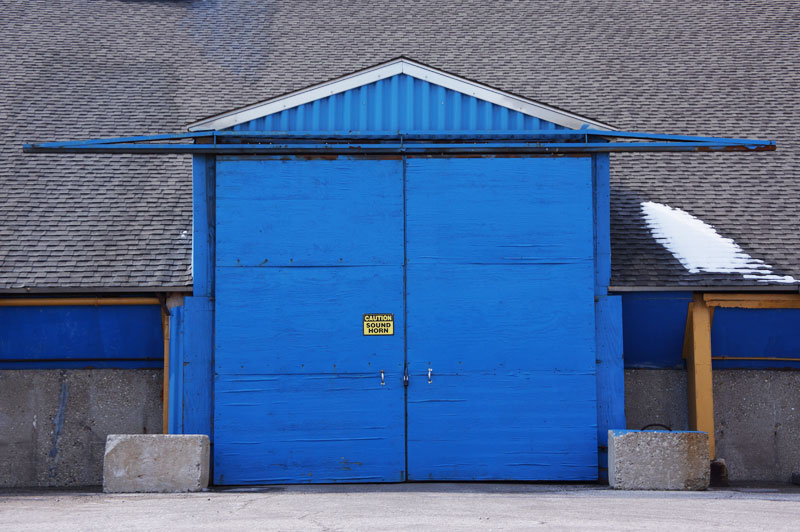 In two articles from the fall of 1895,  “Quaint Jones Island” and “Jones Island Women,” the writers adopt the tone of curious anthropologists (or unabashed gawkers), cataloging and marveling at the strange customs and costumes of these people, who, in reality were their nearby neighbors.

“The question of bloomers has never disturbed the serenity of the women of Jones Island and the the vagaries of the ‘new woman’ are unheard of there… not a big-sleeved gown is to be seen on all the island.”

“…The favorite costume of young and old women seems to be a full calico skirt, a white muslin upper garment with tight-fitting sleeves…and funny little nightcaps…as for the children, between the patches and the dirt, their dress is scarcely discernible, but they are rosy, plump, rollicking youngsters with a picturesqueness all their own.

“Madonna-like women, with babies in their arms, leaned over high-board fences to chat with toothless, wrinkled old cronies bent double by a life of toil; in one yard an aged pair were cleaning fish, and in another a jolly old woman was helping her husband spread his fishing nets.” 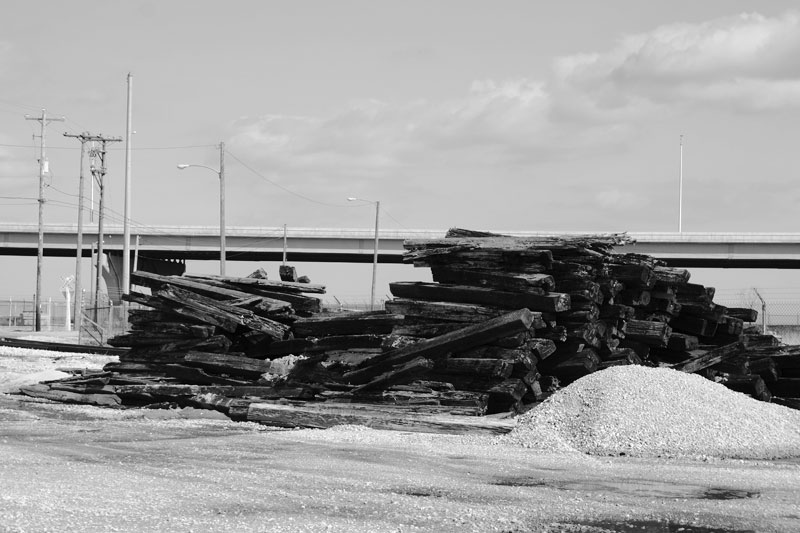 Conflict
Due to the fact that the fisherfolk did not have deeds to the land they lived on, they were under pressure from almost the time their first nets were cast. First, they were locked in a protracted legal battle with Illinois Steel, which claimed it held ownership of Jones Island and wished to evict the fishermen. 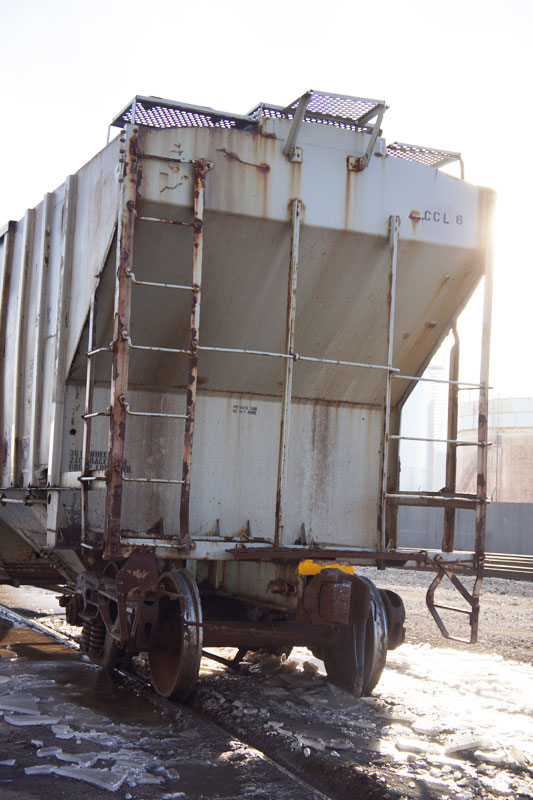 Secondly, the city of Milwaukee wanted to gain control of Jones Island. Not only for further development of its harbor and port, but also to help solve its crisis-level wastewater and garbage problems.

Milwaukee’s residents had been relying on stop-gap measures for dealing with waste, but as early as the late 1870s, residents advocated for a comprehensive solution. Throughout the late 1800s, Milwaukee residents had been alternately burying their garbage, tossing it into Lake Michigan or dumping it nearby towns. 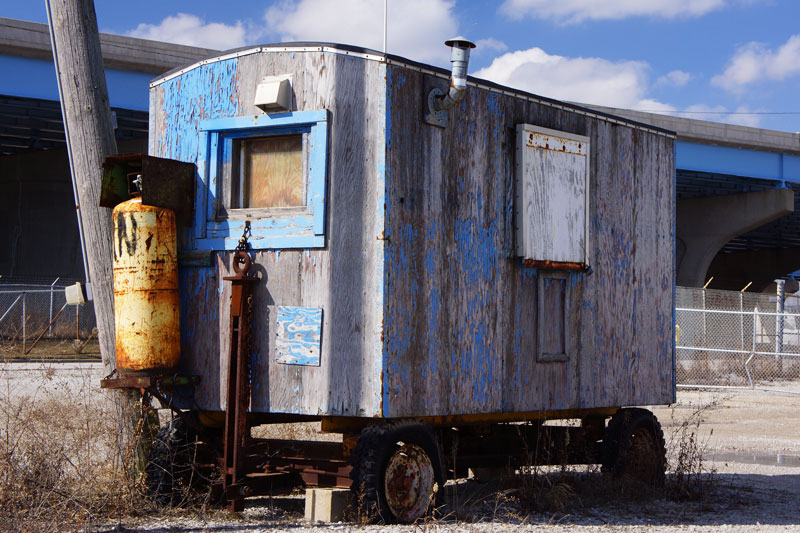 By this time, Milwaukee’s rivers were becoming dangerously polluted with both human waste and industrial waste from tanneries and packing houses. In response to this problem, the city had been relying on “flushing stations” which flushed water into the rivers driving the waste out into Lake Michigan where it was diluted. This was a weak solution, and by 1900, Milwaukee’s drinking water was at risk and in 1909, the city had a typhoid scare. 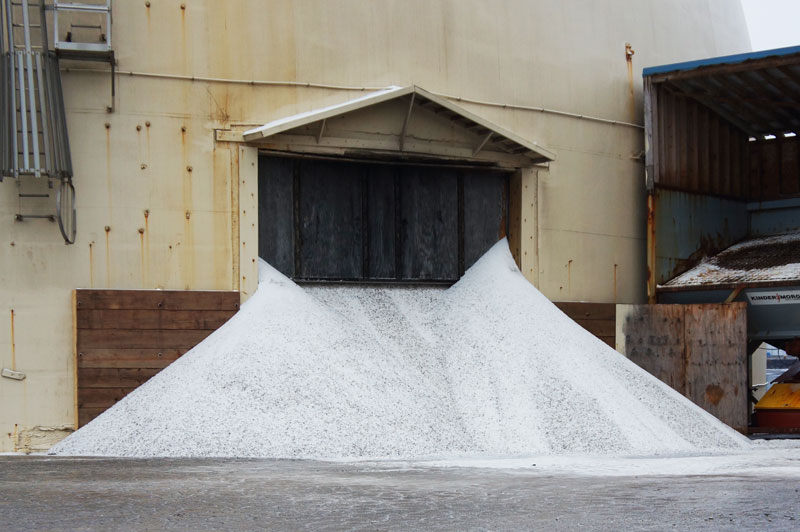 Jones Island was seen as the best option for a new wastewater facility, due to its location and because the residents did not own the land, the tract would be easier to obtain. Furthermore, Milwaukee’s harbor was undergoing massive enhancements and control and development of Jones Island was considered key.

In 1916, the city condemned about 36 acres of Jones Island land and by 1922 was in the process of condemning the remainder, effectively evicting all Jones Island residents. Residents did receive compensation, but in some cases had to be forcibly removed. 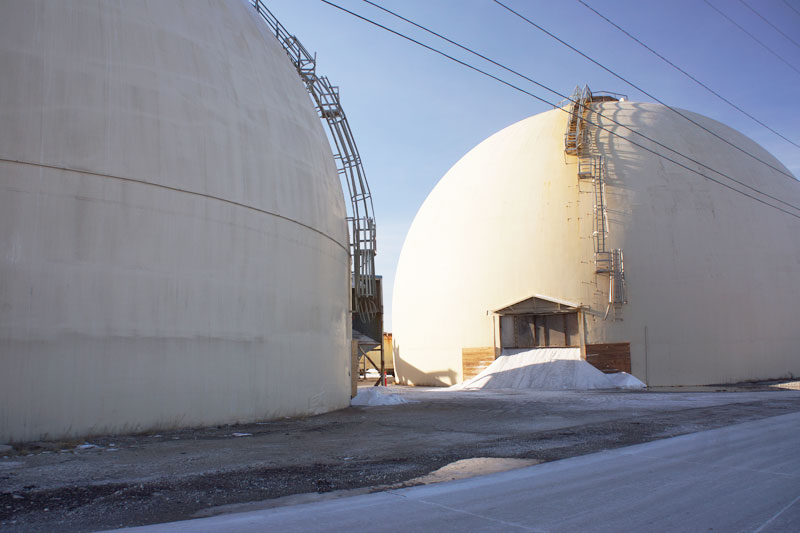 “The work of clearing off the island was started early in the spring of 1921. One hundred or more buildings of various character, – dwellings, warehouses, fishing sheds, etc., had to be town down and removed. This worked devolved upon the owners of the structures, who were reluctant in many instances to proceed with the work as rapidly as was necessary; in fact, proceedings in ejectment had to be resorted to in several cases.” (6)

“While the dredging was in progress, the remnants of 19 old hulks of schooners, tugs, scows, bottoms of floating dry docks, etc. had been removed from the area where they were abandoned 40 or 50 years ago. The wrecks  were broken up with dynamite, and the fragments lifted to the deck of a derrick boat. The original purpose was to convey the wreckage out into the lake and allow it to sink in deep water. After one section had broken its fastenings and sunk in comparatively shallow water from which an unsuccessful attempt was made to lift i, the remaining wreckage was deposited on the dock at the foot of Greenfield Avenue, where the general public soon appropriated the same for firewood.”(7)

Today, Kaszube Park does not invite you to linger. There is a picnic bench, a couple of trees, a ship’s anchor rechristened the S.S. Lisa and a plaque memorializing the Kaszube people. 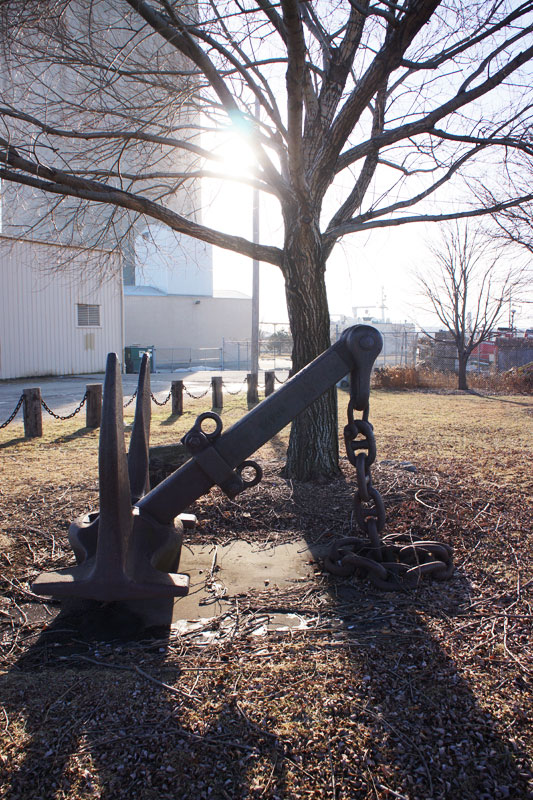 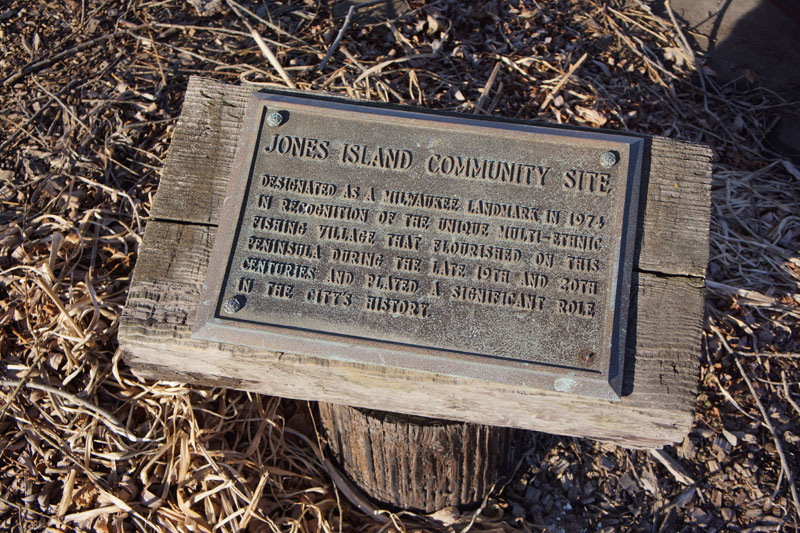 Let Out a Line

It is here that you can still fish if you want to. You have to hunt for it, but there is a public fishing spot on Jones Island. There aren’t signs, just an opening in the high fencing. Just like when the Kaszube’s were doing it, it feels somewhat secret, allowed but not welcome. 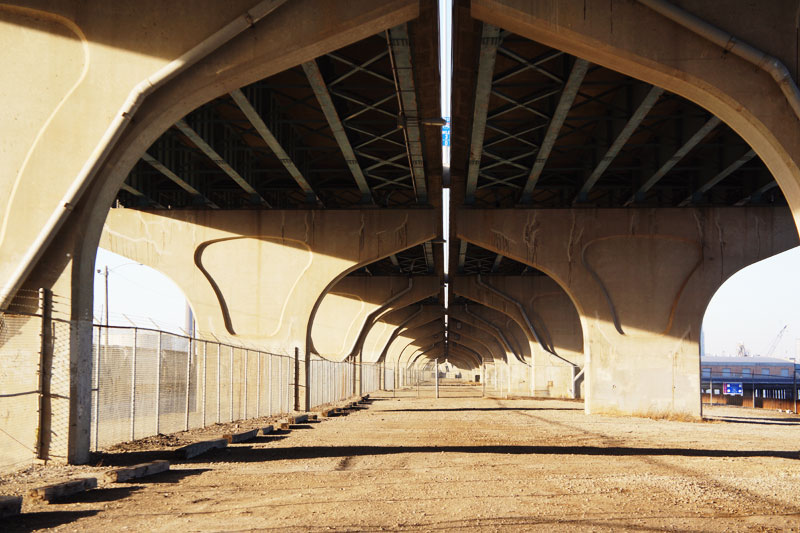 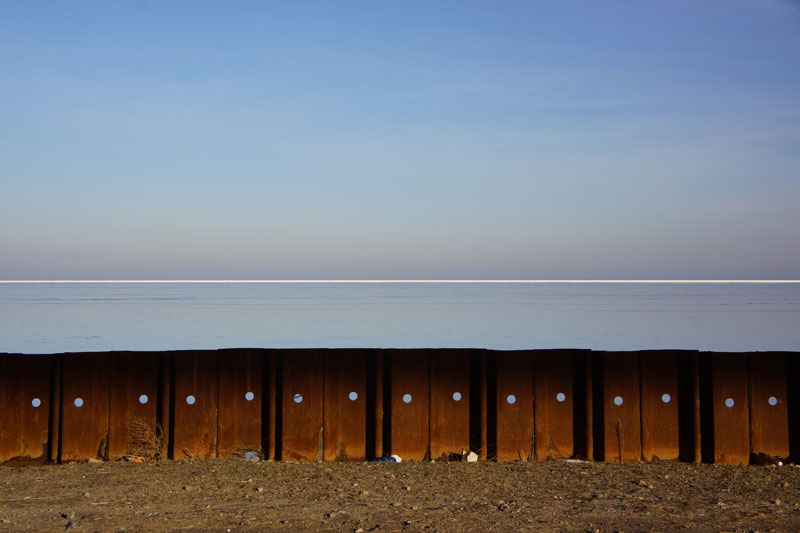 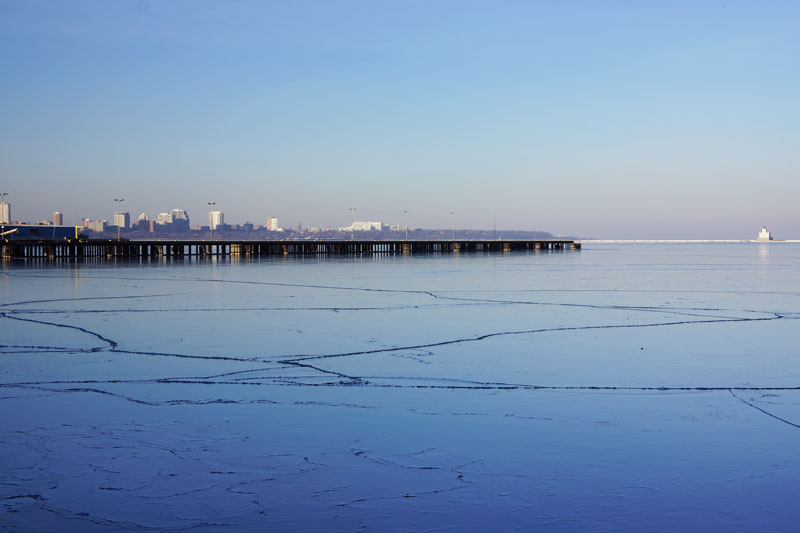 *As every source I consulted took great pains to inform me, it’s not an island, it’s a peninsula. Even a transcript from 1922 House of Representatives hearing on the Milwaukee Harbor improvement makes sure it is very clear what we are dealing with:

Milwaukee Harbor Board of Commissioners President: “There is a strip of land known as Jones Island. It is not an island it is a peninsula.”
House of Representatives member: “This is your proposition. Milwaukee has condemned what is popularly known as “Jones Island”; in fact a peninsula.”